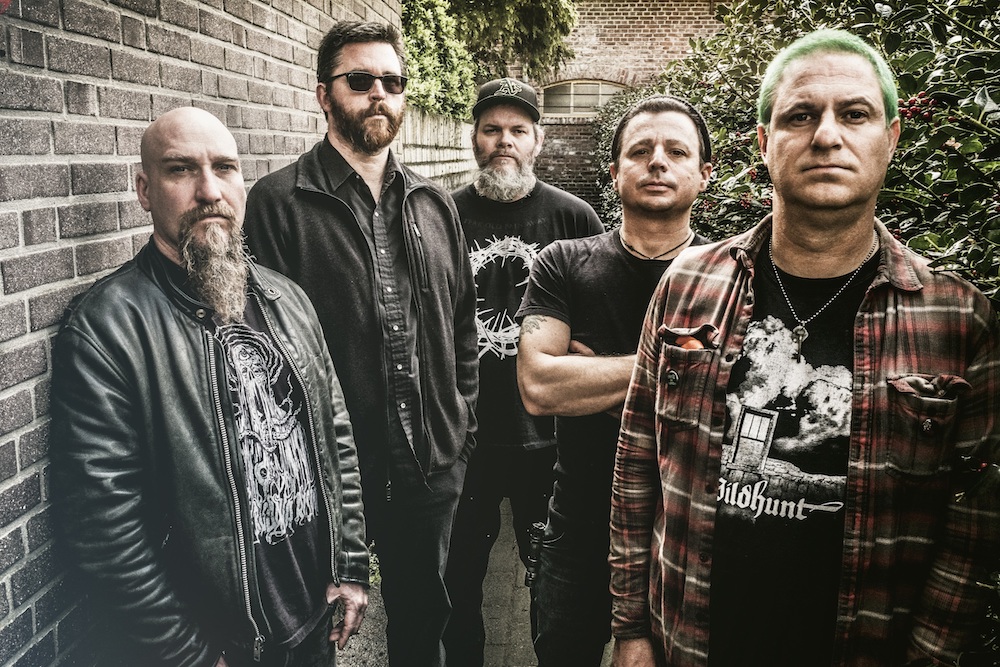 Descriptors fail in the same way that describing the shock of the sudden or new or subtle grace of magnitude fails. Each and every time. Because words are idea shorthand for experience and experience can only be transmitted, if you’re lucky or unlucky enough to miss it the first time, through comparative measures and means: a nightmare is an unhappy dream, death is like when life stops and the earth calls, and violent change is when everything is no longer the same but hurts because of it.

But here’s a shorthand: NEUROSIS is music. Music in the same way that Wagner is music. Or that it all comes down. Or the graying granite planet we call home is both the cradle and coffin of all desire and hopes and expression forces its way through us and into wires and out of speakers framing a journey from here to there and not back again. Ever. This is a one- way trip.

So keep the descriptors – the “crushes”, the “destroys”, “dark” and even “deep”. These are both all at once and again not enough, and not even too much. They’re products of lazy inquiry.

Keep them and let the real shoulder its way to the front. Like it did when the San Francisco Bay Area, forget that…when Oakland gave birth to this ride and the ticket for it in 1985 as NEUROSIS. Under the stewardship of Scott Kelly, Dave Edwardson, Jason Roeder and in 1989 spiritual heir Steve Von Till [and now Noah Landis and Josh Graham on visuals], NEUROSIS does only what the best art can: it crafts a sense world for those with sense and senses from the realm of eternal ideas and weaves it, whole cloth, into the audio, the visual, the powerful. A seamless melding and welding of elements that are not too wildly disparate: loss, gain, and eventually gaining through loss. And with a host of fellow travelers from STEVE ALBINI, JARBOE and a passel of solo and side projects that involve kindred spirits from THE MELVINS, SLEEP, ST. VITUS, a recorded output of 27-odd releases, and tours all over the lands known and unknown to try to capture them with a single descriptor, and many have tried – metal, doom, ambient hardcore – is misguided at worst and a waste of time at best.

So here it is again: NEUROSIS is music. And art. And a chilling testament to the glories of the briefest of times of our lives. And you not knowing this? Makes it no less true.