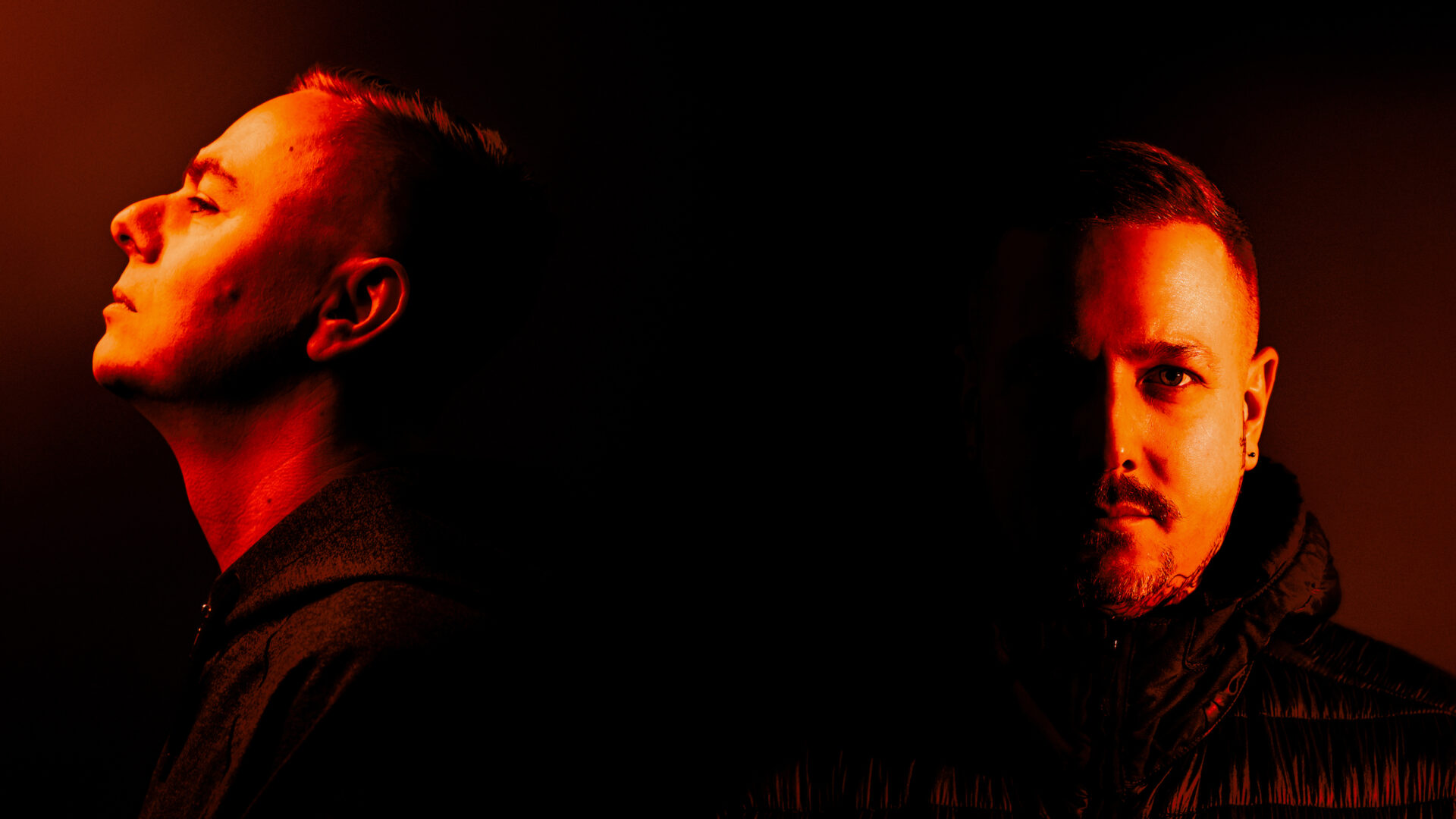 Ed Rush and Audio, two names which have become synonymous with drum & bass. And after decades playing out in countries across the world, as well as a string of releases which litter the music collections of listeners everywhere, it’s no surprise they’ve become such legendary figures. This year, they’re about to bring their extensive experience together for a formidable new project, one which will sway the genre’s tide and once more see them standing at the helm of its creative direction. The underground overlords are here to filter your entire world into darkness.

Even as a standalone artist, Audio is revered across all circles. From his hard-hitting productions, to his inked love for 174bpm, he’s remained uncompromising throughout his career. With an ethos that’s stretched through a continually impressive output, which has seen 5 albums, countless 12”s and over 15 years of production solidifying his position within the scene’s core. Whether it was part of the renowned group Resonant Evil, a defining team within the Renegade Hardware discography, or on his own alongside the neuro pioneers Tech Freak Recordings / Therapy Sessions, every major player within the game sought after his music. Following his introduction to Ed Rush at Virus Recordings, he became an intrinsic member of the imprint’s roster, releasing the infamous ‘Headroom’, an influential track which knocked chart-tipping EDM star Avicii off the Beatport number one spot, dominating the chart for a total of thirteen weeks. It was after that point that he turned his sights to Ram Records becoming yet another seminal signing for the label. With Killbox, a harmonious partnership is about to evolve into an even bigger monster.

No one would argue that Ed Rush changed the face of drum & bass, breaking out of every paradigm which was set up before him. After being an influential part within London’s burgeoning nightlife, he began to craft a sound which marked a new era in hardcore. Extracting darkside jungle classics from a realm which hadn’t yet built its foundations, Ed Rush pushed the goalposts to a whole new level. It wasn’t long before his breakbeat bullets ‘The Mutant’ and ‘Guncheck’ became staples in sets across the country, creating a name for himself and a distinct sound immediately recognisable. Releases on Grooverider’s Prototype, as well as the ground breaking Metalheadz, all ensured he’d go down in history books as part of the elite. Moving into new territories, he soon teamed up with Optical, another inherent musical mastermind for the creation of ‘Virus Recordings’. What followed was their immense debut LP ‘Wormhole’, mastering a new set of rules. The historical implications of that album has carried forward into today… Alongside the titanic weight which Audio also brings to the table.

Together, Ed Rush and Audio present Killbox. The merging of two intimidating heavyweights. Prepare for a union like no other. With Ram Records acting as their platform for debuting new music, this is about be a defining moment not just for its audience, but for the genre’s fabric.