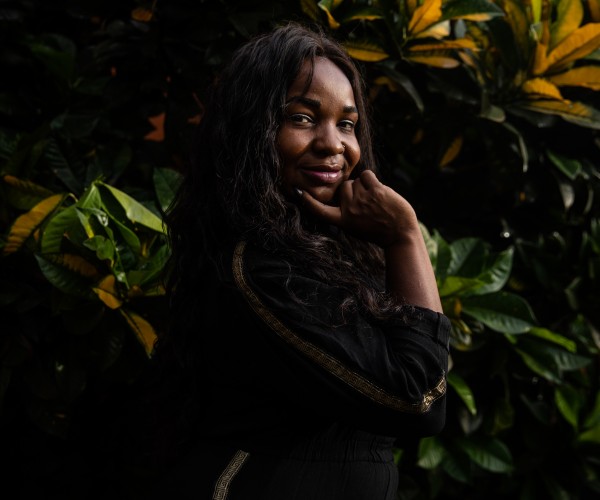 Kenyan by heritage, but born and raised in Kampala, where she is a key member of the big Nyege Nyege crew, incredible rapper MC Yallah has been on the hip-hop scene for nearly 20 years. A combination of conscious and futuristic hip-hop, grime, punk and trap, her signature style is the rare, rapid and tightly controlled flow delivered in one or more languages (Kiswahili, Luganda, English and Luo). Fierce and intense, the lyrics draw from real-life experiences and often address women’s issues spreading a powerful message of integrity and self-determination.

Before the outbreak of Covid19 cut her extensive 2020 tour short, MC Yallah had been bringing heat to international dancefloors such as, among others, Venice Biennale, CTM and Unsound – her show at the Polish Festival was rated in the top five of best performances by Resident Advisor.

Her first Hakuna Kulala 11-tracker „Kubali“ album with demented productions by Debmaster was featured in The Wire’s top 50 records of 2019, followed by her recent EP with electronic artist Eomac on Phantom Limb plus a collaboration with Dj Die Soon on Morphine Records. Her second, most awaited full-lenght album with producer Debmaster is due later this year on Hakuna Kulala.